1. The Holographic Keyboard. If you have  seen a sci-fi movie for any length of time, you  have probably seen an object constructed out  of light particles floating in mid-air, aka a  hologram. Many people have speculated  about these things for decades, and many  scientists have tried to produce working ones  ever since the 1940s, when Hungarian  physicist Dennis Gabor developed the holographic method while he was improving the electron microscope. Optical holography, the type you are probably the most familiar with, began in the 1960s with the invention of the laser. Holograms have actually existed longer than one would think; it’s just that it has until recently been relegated to labs and certain industries. Let’s fast-forward to the present now, and discuss consumer-usable holograms, like the kind you would see in Iron Man. While we cannot create full models of Robert Downey Jr’s spectacular suit, we can do certain things along those lines. For example, have you seen the ads for laser-projecting keyboards? That is a kind of holography, and the Smart Boards are as well. Research is being done as we speak on additional holograms, so we may live to see the day when we can construct the Iron Man suit in the comfort of our own home out of light particles. 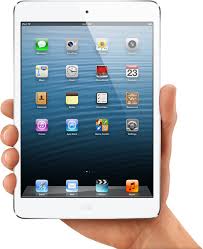 2. Tablets. This year, Seattle Lutheran has begun using touchscreen computer tablets as a didactic tool. However, Captain Kirk’s crew used them in the 60s as a way to keep tabs on the Enterprise while, say, in the bathroom or while fighting Romulins. We may think of this level of computer technology as basic or even take it for granted, but it is important to think about the amount of progress the computer has made since 1974, when IBM marketed the first consumer computer. As you can see in the picture, this thing was large, bulky, and a basic machine. Now, computers fit in your palm, can do long, complex calculations within seconds, and Google can draw up millions of results in less than half a second. Let’s slow clap it out for innovation, shall we?

3.Genetic Engineering The first  example of genetic engineering in sci-fi  came about in 1818, with the ever-  present work of fiction known to our  society as Frankenstein. Since then,  scientists have invented ways of  genetically enhancing thousands of products, from crops to medicine to art. The most common use of Genetic engineering that the majority of us are somewhat aware of is the genetic manipulation of crops, usually to make them disease-resistant, pest-resistant, or to improve yield. Some people are against this, as some genetic manipulation influences pollen in ways that kill bees. Genetic research is being conducted in medicine to better treat genetically passed diseases such as cystic fibrosis and even some types of cancer. BioArt involves manipulating tissue or cells to produce art such as a replica of an ear, photographing colored cell manipulations, or making small animals or insects fluorescent. There are ethical debates about this subject, but many BioArtists do not work on live animals, and the ones that do try to minimize the stress on said animals.