You know what I’m tired of? A lack of accountability in high schools. We need classes that prepare our children for the future; we need classes which adequately prepare them for standardized tests, training them fully in reading, math, and the sciences. If our high schools don’t fully equip our students for these high-stakes standardized tests, how are they supposed to get into the best colleges? How are they going to have a good future if they don’t get into the best colleges (like we, the concerned parents, did)? How are they supposed to score high on these standardized classes if they spend their days in music programs, literature classes, and history classes, and their afternoons in high-cost theatre productions? How are they supposed to learn the specific skills they need? These classes are all subjective and based on opinion. We can’t just go based off of grades; standardized tests are the answer. Every student needs a number to classify them. It’s the only way to tell them apart, when a college admissions counselor is looking at thousands of people! At least sports help students learn discipline, health, and the benefits of hard work. The arts and humanities? Useless. There’s no way to measure them. So here’s what I suggest: cut all the arts programs from every public high school in the country. Replace them with classes that prepare students for their standardized tests and for their future STEM careers. The only classes our children should take are in math, science, technology, and reading (but none of that literature garbage). The only way forward is for us to cut every arts program in every high school around the country and replace it with a real education.

Allow me to paint a picture of the gross waste exhibited by public high schools with arts programs nowadays. I know schools which have as many as two music teachers! These people are at school for upwards of nine hours every day, doing nothing but rehearsing ensembles for performances. Some teach “music appreciation” or “music theory” classes in addition to their ensemble work. I ask, what is the point of this? The ensembles have won several national competitions. So what? Some of the students have been accepted into the most prestigious conservatories of music in the United States. So what? Some of the students have fostered a love of a subject which, even if they don’t pursue it professionally, they will keep with them for the rest of their life. SO WHAT? What good has music ever done for anyone? Since when has music been able to change the world? Same thing with theatre. High schools spend thousands of dollars annually on lavish productions of stage plays and musicals. What does participating in these teach? How to memorize lines? Useless. How to empathize with others? You don’t need empathy to get into a good college and have a successful career. How to gain confidence, express yourself, and learn about people and stories? Who even goes to plays, anyway? I think I’m making myself clear. And don’t even get me started with those hippy-dippy visual arts classes.

These classes and programs have not been shown to correlate with higher scores on state exams or college admissions tests. They do not prepare students for the future; careers in the arts are too few and too competitive to be worth investing in. Careers in science, technology, engineering, and math are where the future is. By not focusing on classes which prepare students for good careers, we are doing them a disservice and preventing them from having a fulfilling life. After all, isn’t a sturdy work ethic and a boring (but high-paying) job the thing which gives us all fulfillment? Imagination, culture, and creativity never helped anyone; they just keep peoples’ heads in the clouds and prevent them from dealing with reality. 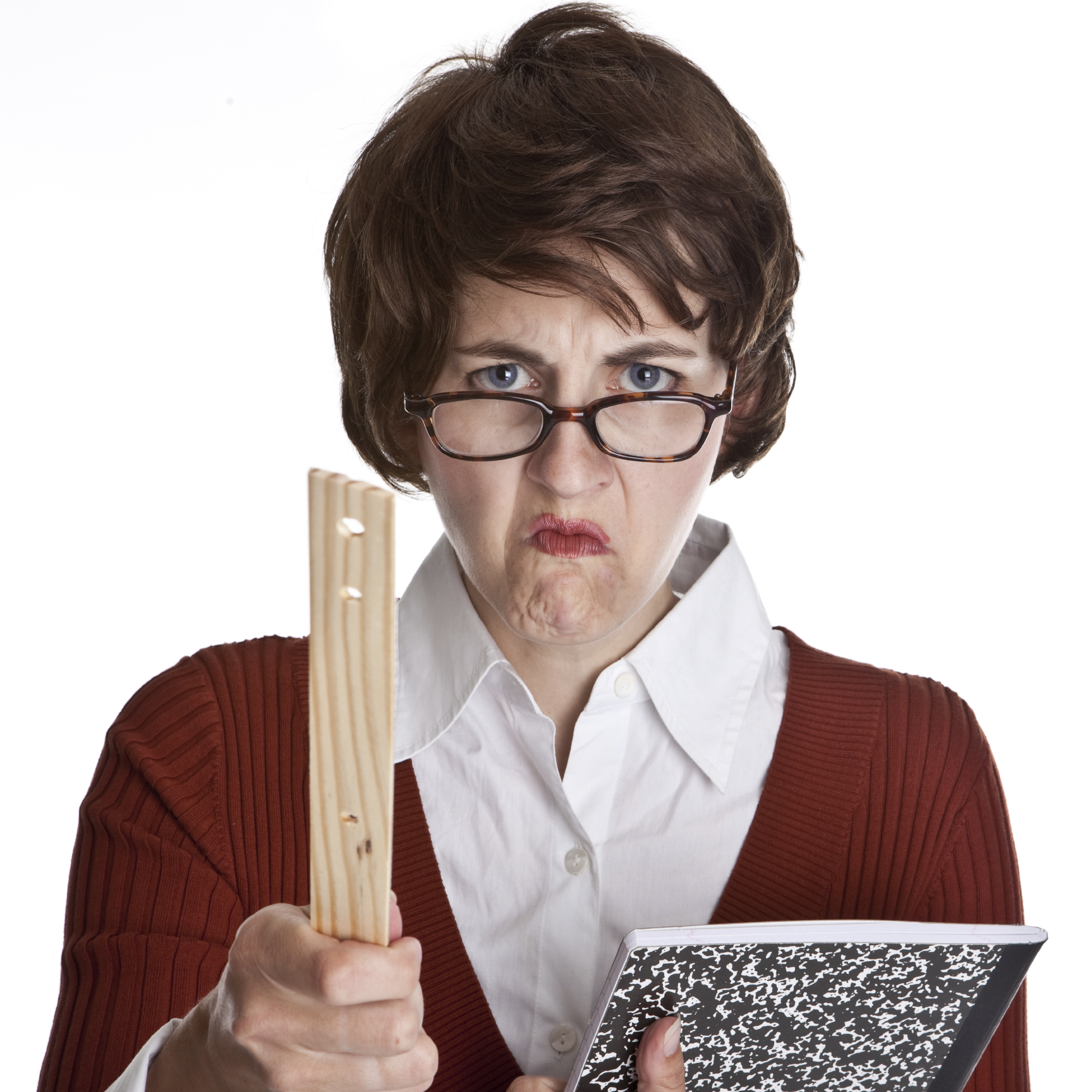 Now, there are naysayers out there who would disagree with my point of view. They’d go on and on about how “some things can’t be measured by a standardized exam” or “the arts enrich people’s lives and give them meaning, an appreciation for aesthetics, and context” or “the arts are a part of a well-balanced education.” What would I say to these people? I’d say, “you’re wrong.” Because they are. These supposed “skills” learned from art aren’t applicable to real-life contexts. Art is all about escapism; therefore, all learning about art does is keep people’s heads in the clouds instead of reality, where it their heads should be. If art and humanities courses can’t be shown scientifically to be effective, what’s the point in even having them at all? Finally, the “well-balanced” education argument simply doesn’t hold up to scrutiny. The whole point of education isn’t learning. That’s stupid. The point of education is getting good scores on standardized tests in order to get into good colleges, and from good colleges into good careers. If the purpose of our education system were to actually educate people, it would bear no resemblance to the system we currently have in place! The idea that the purpose of school is learning is one dreamed up by a bunch of starry-eyed humanities teachers.

Here’s an idea of what a truly great high school looks like. Imagine thousands of students, all wearing uniforms. Having to pick clothes and express themselves is too great a stressor on teenagers; by enforcing a strict uniform dress code, we are allowing them to focus on their studies–what’s really important. Furthermore, why limit this to just clothes? All students ought to have the same notebooks, the same backpacks, the same computers, the same calculators, and even the same pencils! All these things are arbitrary distractions or distinctions of social status (or worse yet, even personal expression!). By stripping everything away, we’re putting everyone on a level playing field. Isn’t that what education is supposed to be, anyway? We ought to have everyone take the same classes. There’s no reason why everyone shouldn’t be held to the same standard; that’s scientific. We need to prepare every student for the future. Every high school student should have biology, algebra, chemistry, geometry, physics, and calculus under their belt. No exceptions! Why waste our time with these “electives” or “humanities” or “art classes” when they’re just distractions from the high-paying, future careers? This way, everyone will have a high-paying STEM job! EVERYONE. EVERYONE can have a demanding, high-paying job in an exclusive field, that’s how economics works! Just imagine the beauty and fantastic heights this society could reach…

You’re looking down a long street of houses in a suburb in the future; a future where every person in the U.S. has a STEM job. All the houses are economically constructed, limiting waste. They’re all painted the same color; after all, choice is just a distraction from what’s really important: the paint’s effectiveness. You gaze at the children playing in their front yards. All of the little boys are throwing baseballs back and forth with their dads; aren’t they going to make wonderful breadwinners and high-wage earners? And look at the adorable little girls, who have historically been less proficient at science and math than the boys. Won’t they make the prettiest, daintiest housewives who will raise their children to do the right things and be exactly the same way as their parents, and their parents before them, and their parents before them? In short, imagine a world where there was no expression, no creativity, and no art. Exquisite! Simply exquisite. This new society would be a society of the highest caliber of scientific effectiveness; it would bring civilization to new heights through its advances in science, technology, engineering, and math. We would live in a new era of prosperity hitherto unbeknownst to mankind. If every single person on the planet had STEM jobs, poverty would be eliminated, the standard of living would be high for everyone, and humans would reach their ultimate goal of being the masters of manipulating the universe itself. 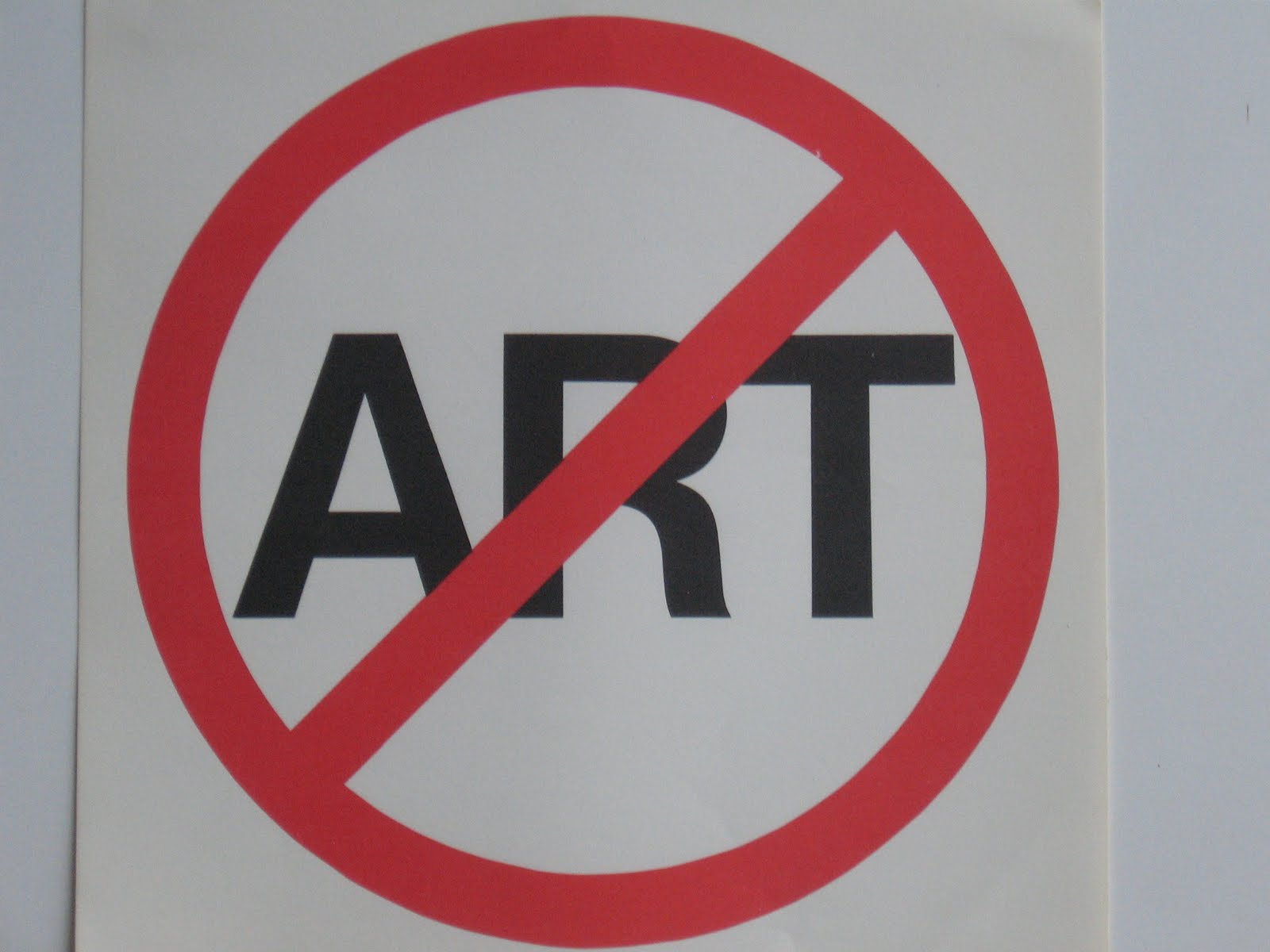 How can we achieve this perfect  utopia, you ask? Simple. By eliminating  every arts and humanities course in  every high school in the U.S. and  replacing them with math and science  courses, humankind can achieve its  self-actualization: a world which exists  in a state of pure harmony and  scientific effectiveness, unburdened by  the irrelevance, superfluousness, and catharsis provided by art. Simply put, art has no place in our high schools.