When we first heard about Seattle we were told that  it  is constantly raining and that everyone has  Seasonal  Affective Disorder (for those of you who  aren’t good  with technical names it means  Seattleites get sad when  there’s no sunshine). Now  it’s true that I understand  the no sun part because I  have been feeling very  vampiric as of late, but what  I don’t understand is this  whole constantly raining  part… read more

Since 1984, no candidate in a United States presidential election has won by more than 10 million votes. In this, the age of highly contested elections, both political parties will use any method at their disposal to win, whether it is moral or not. A popular form of illicitly swaying elections is to increase the difficulty of voting for those voters who are statistically less likely to vote for a particular candidate… read more

An Open Letter to Justin Bieber, by Hailey Miller

I congratulate you on your  success in the music business, and  I offer my sincerest apologies to  you on the age of girls you attract.  It must be difficult to get a  girlfriend when the only people  surrounding you are twelve-year  olds. But I digress, I am not here to judge you on your lifestyle. I, Mr. Bieber, simply desire to speak of your music career and offer my humble opinion on, well, you. So let me get on with it, as I do not wish to waste your precious time. I am sure you have many things to take care of… read more

A Modest Proposal for the Betterment of Education, by Anonymous

You know what I’m tired of? A lack of accountability in high schools. We need classes that prepare our children for the future; we need classes which adequately prepare them for standardized tests, training them fully in reading, math, and the sciences. If our high schools don’t fully equip our students for these high-stakes standardized tests, how are they supposed to get into the best colleges?… read more

Bioshock: A Review, by Robert Leslie 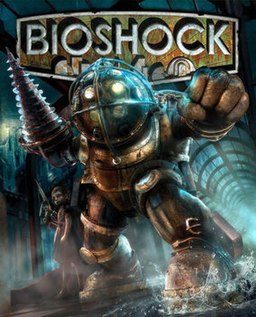 Round two, chaps. This time will be a  bit different  though. This semester  my video game review will be  of a  retro game. I have just recently  finished the  original Bioshock.  Bioshock was released in 2007  making it, in my mind, a retro game.  I can say that  the reason I want to  play Bioshock Infinite, the  newest  game in the series, is because I am  entranced by the beauty of the  game’s graphics.  When I decided to  play the original Bioshock, I  didn’t  have that feel going in. I only wanted  to play  the story so I would understand what was going on in Bioshock Infinite. I would definitely suggest you do this.

​ Bioshock is a fantastic game; it’s put together really well. However… read more

In the 40 years that King  County Metro has been in its  present form, never has

it  faced the potential for  budget cuts as expansive as  what they now face, say  King County transit officials… read more