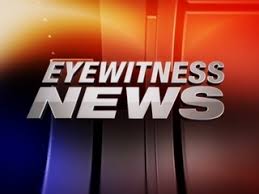 Hailey: Hello and welcome back to Seattle Lutheran Eyewitness News! This is your reporter Hailey Miller, and over there is Megan. Say hi to the camera Megan.

Megan: Hi to the camera.

Hailey: *sarcastically* Hahaha *glares at Megan* Anyway, we’re back! Which is surprising, because we didn’t expect we’d be doing this again.

Megan: Why are we doing this again?

Hailey: Because we love doing the news, right?! *Whispered* We couldn’t think of anything else to write, remember?

Hailey: So what should we start off with?

Hailey: *searches through a stack of papers* Um, okay, uh- *clears throat* March Madness was, in fact, madness when-

Hailey: Right. *noticeably becomes more agitated and hastily searches the pile again* Uh, according to recent scientific studies, the sun will explode next week in a fiery-

Hailey: WELL I CAN’T FIND THE RECENT NEWS, WHAT DO YOU WANT ME TO DO?

Megan: *takes the stack of paper* Go do the weather or something. I’ll find it.

*The camera follows Hailey, who has a very childish annoyed expression on her face, away from the news table and over to the other half of the whiteboard, where she opens an expo marker holds it at the ready*

Hailey: We all good cameraman?

*Cameraperson puts a thumbs up in front of the camera*

Hailey: Awesome. Okay. Well. Megan took all of my lines, so I don’t remember the witty comment I was going to make. *uncomfortable shuffling as she draws a smiling sun on the board and points to it* The weather is going to be very sunny with a chance of CHAD-

Hailey: Well if someone would just give me my script- *Megan throws a paper ball at Hailey* Thank you! *Hailey smooths it out, looks at the board in horror, and quickly erases the sun* As I was saying, it will mostly be cloudy with chances of sun, so dress normally, but don’t forget a sweater!

(Put a disclaimer banner on the screen saying that Hailey is not actually a meteorologist and has no idea what the weather might actually be like?)

Megan: I found The News!

Hailey: Finally! *camera follows her back to the table, where she takes a seat and is handed a piece of paper* Go on.

Megan: Breaking News! A large outbreak of senioritis has appeared in the seniors of high schoolers everywhere! It appears to be unstable and highly contagious. There are many symptoms of senioritis, including but not limited to restlessness, a lack of caring, the skipping of classes, and, yes, even getting prepared for college.

Hailey: If you are experiencing any of the symptoms of senioritis, it may already be too late to save you. Having a case of senioritis results in graduating and, ultimately, moving out into the adult world.

Megan and Hailey: We will miss you all. Jinx. JINX AGAIN! *one hums “our mental synchronization” HEHEHEHE FROZEN REFERENCES what am I doing with my life*

Megan: Hey, if the entire senior class has senioritis, doesn’t that mean that the juniors evolve into their final form? *HEHEHE POKEMON REFERENCES*

Megan: Wait, isn’t being “so done” a symptom of senioritis?

*Panic on both Hailey and Megan’s faces*

Megan: See you next time.

*Really freaked out smiles for two seconds. Fade to black*